On Thursday 13th May 2010 at 5 o'clock in the morning, the Nictea - a Wauquiez Pretorien of 36 foot (10.80 metres) registered with the S.R.N.A. ("Koninklijke Antwerpse Watersportvereniging" or "Royal Antwerp Watersport Guild") - left the port of Nieuwpoort for Ramsgate in the UK (Kent) across the North sea Channel, with Michael Van Schoor as skipper/owner, and me as 1 out a crew of 3. The low-low-tide (new moon) in combination with the choppy seas and a North-North-Westerly moderate to fresh breeze forced us off course, to avoid violently running aground with depths less than 3 metres above the Sandettié bank. After a chilly trip of 9 to 10 hours to cross 50 nautical miles, the white cliffs of the English East coast greeted us with sunlight. 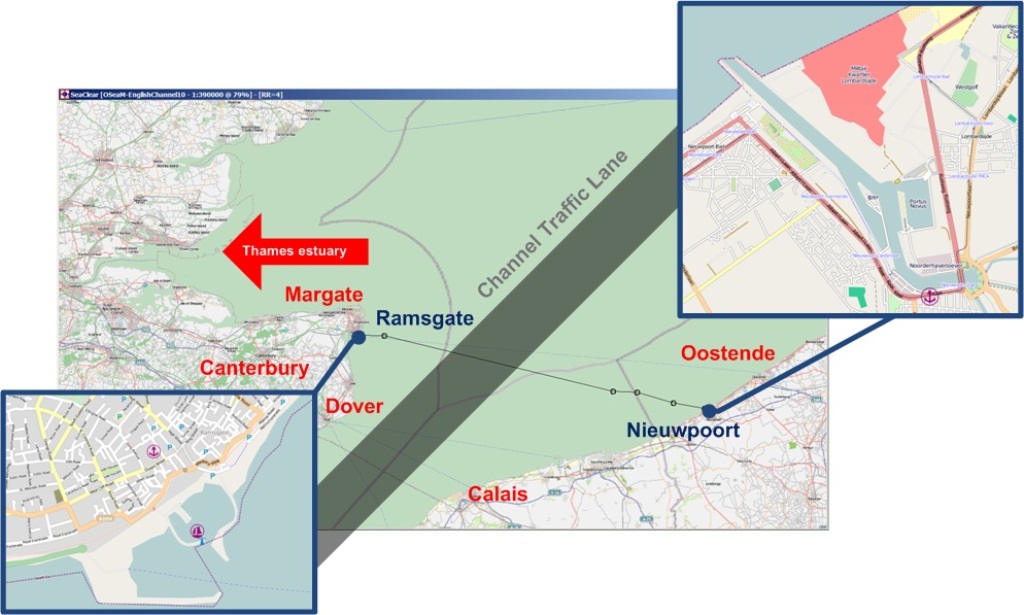 South of Thames estuary, Ramsgate is especially know as a ferry port, together with Dover and Folkestone further South. With Broadstais and Margate it forms one urban region, 23 kilometers North-East-East of Canterbury, though Ashford and Maidstone are most populated cities in the pittoresque English garden county of Kent. 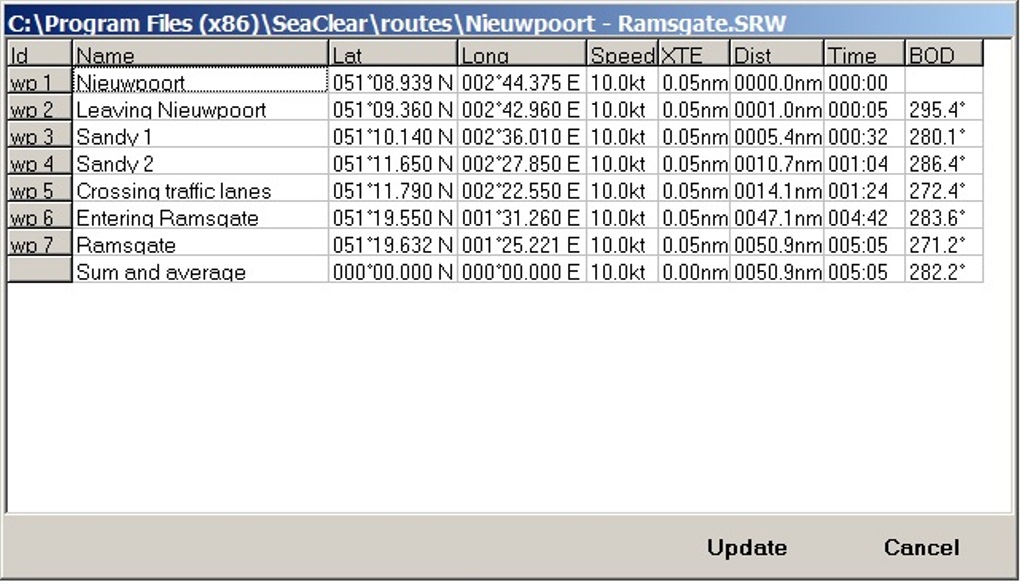 On Friday 14th May 2010, we went shopping at Ramsgate market, and walked along Main Sands, Westbrook Bay and Sint Mildreds Bay West of the city of Margate, which we reached by bus. On Saturday 15th May 2010 we left late (10 o'clock), as all the yachts inside the harbour had to wait until the rising tide pulled them out of the mud. Luckily favourable winds and the large spinakker sail pulled us swiftly back to Nieuwpoort, though one of the sheets broke off violently mid-way. With a great sense of accomplishment, I entered the port of Nieuwpoort, being allowed to hold the vessel on course for the last 15 miles. 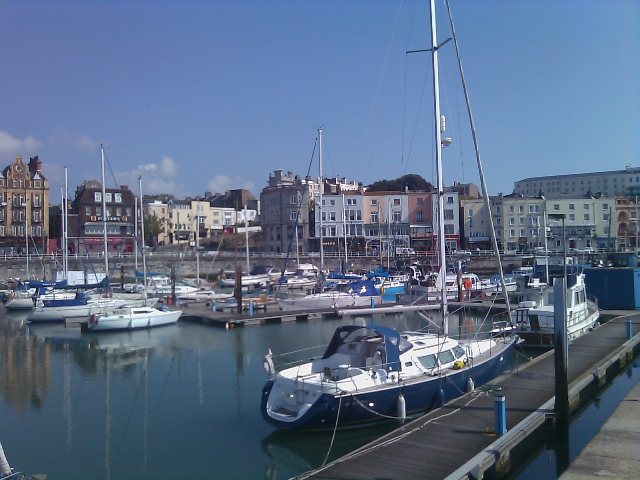 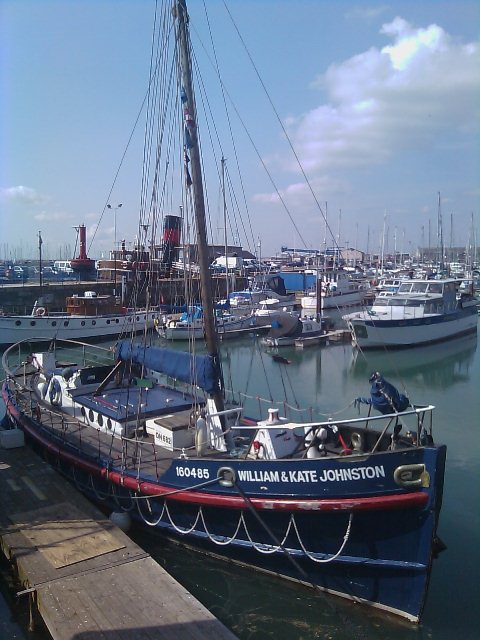 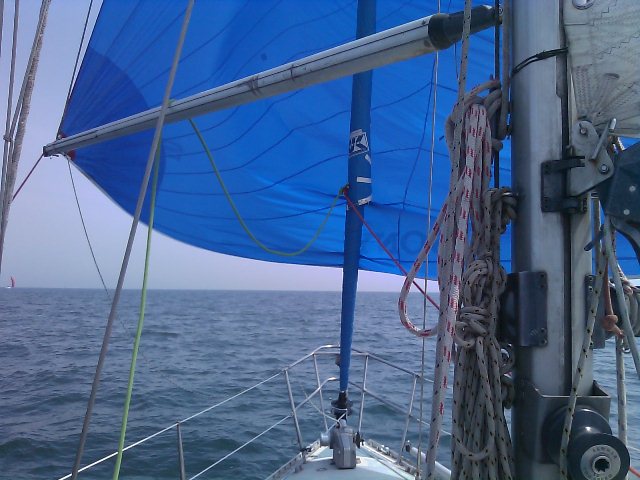